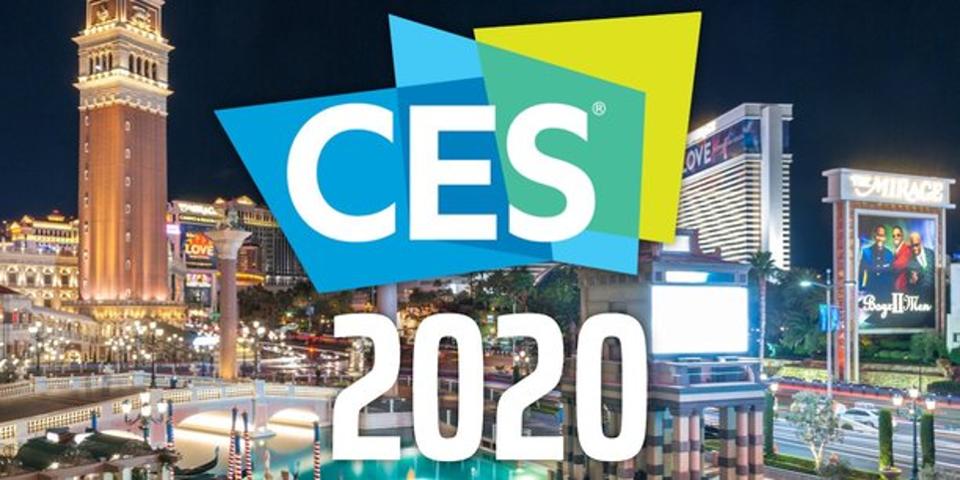 New Year; new tech products! CES has arrived, and with it comes the annual CES (Consumer Electronics Show) event in Las Vegas. This year’s event brings us all things foldable. From foldable screens to foldable tablets, phones and drones, it’s got it all.

We’ve already seen an array of hot new product launches since the show started on January 7th, including many from rising Chinese tech firms that you’ll never have even heard of. Some of the many include TCL’s foldable phone that’s high-profile enough to rival The Motorola Razr for around half the price; the Coolpad 5G smartphone that will be one of the cheapest 5G phones to hit the marketplace; and Lenovo’s foldable screen that can be a tablet, laptop or a mini desktop.

If the folding tablets and phones don’t do it for you, then keep reading because there’s been a whole lot more to see, so here are five groundbreaking products from the event to watch out for as the year ahead unfolds.

When we think about AI and chatbots, we probably connote these with a robotic sense of identity. The chatbots, or “Neons” as they’re called, are designed to behave like actual humans and have real conversations. Perhaps more interestingly, they could even be an actor, clinician or other expert and take their respective appearances.

Rather than tell you how Henry VIII of England died (and it wasn’t, in fact, syphilis), or play your favorite tune, “they’re not AI assistants or androids, but they’re more like us and can show emotions and learn from experiences,” the company said.

Neons are capable of learning new skills and can help humans with “goal-oriented tasks or can be personalized to assist in tasks that require a human touch.” The company then also went on to say how they can teach us things and even provide healthcare.

The PowerEggX: A Camera Drone That Can Fly in The Rain and Fold into a Handheld Camcorder

Reminding us of something out of a Transformers film rather than a flying egg, PowerVision’s PowerEggX is a three-in-one camera. Its design allows it to be one of an autonomous tabletop selfie camera, a drone or a handheld camera.

Under the hood is a “proprietary AI algorithm and robotic technology” that powers all three of its camera types, allowing for smooth video capture. If used as a selfie camera, its facial recognition technology enables it to track subjects and keep them in the center of the frame, even if they move out of its field of view.

The PowerEggX is supplied with a case and a landing float that makes it waterproof and allows it to fly in heavy rain, around a waterfall, or take off and land on water.

Not to be misread as ‘Adobe,’ Abode is a real-estate tech startup company soon to release its water-resistant outdoor/indoor smart camera. It will retail at $199 and has a unique design that can be installed via a home’s existing doorbell wires or plugged into a power socket with the included power adapter.

With the Abode security cam, you’ll be able to lock down your home security with its wide range of features. The camera has its own app, allowing you to be able to configure a database of familiar faces via its in-built facial recognition technology. Combined with its 1080p HD live streaming, motion detector and 152-degree field of view, you can take control of your home security and stop any unknown entrants.

Instead of featuring a doorbell button, the camera owners are alerted to any detected motion. It also has a two-way audio system so that you can talk with outsiders.

Coolpad, a new Chinese tech firm on the scene, showcased its Legacy 5G phone that will retail at one of the cheapest prices ever seen on the market. Now that it’s been over six months since the Galaxy S10 5G and the LG V50 5G arrived in stores, this more affordable competitor will arrive in the second quarter of next year.

Coolpad said it will be under $400, making it one of the cheapest 5G phones on the market. For that kind of price, you probably wouldn’t expect it to have the same sandy metallic casing as the Galaxy S10 5G, and you’d be right. The Legacy 5G has a plastic casing, and it’s apparently quite lightweight considering the fact that it has a 6.53-inch display.

Although it will run Android 10 and has two rear cameras of 48- and 8-megapixels, we’re yet to see how its overall performance speed compares to that of the current 5G phones on the market.

Last but not least on the show this year is Lenovo’s ThinkPad X1 Fold, which is a folding screen running Windows 10 pro that can be either a tablet, laptop or a mini desktop. When folded into a different shape or orientated in another way, its 13-inch OLED screen changes the display of whatever you’re viewing.

At CES, Lenovo has said the X1 fold will be available to buy around midyear, with a starting price of $2499.