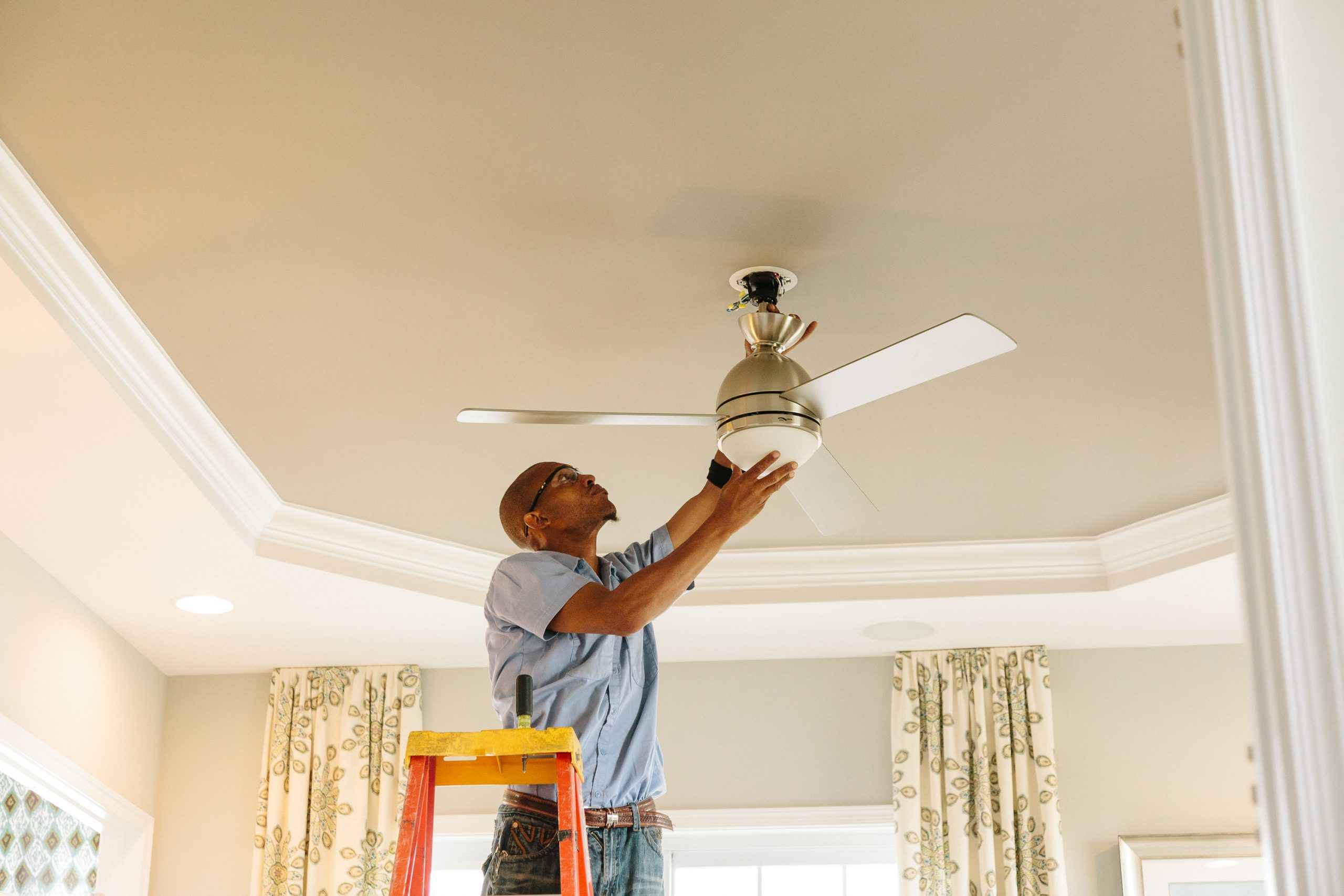 Are you planning to buy a ceiling fan but confused with the technical jargon used? Or are you trying to brush up on your knowledge for a test? No worries, we’ve crafted a list of must-know technical terms to make your life easier.

The AC motor is an essential part of a fan. Fans that include AC motor are easy to connect directly to the power source. You will generally find more options and designs in AC motor fans with both wall and remote controls. DC motor fans don’t usually include wall control.

The ball joint mounting system is the most common way that a ceiling fan attaches to the ceiling. It consists of a round canopy with a hole in the center. The ball joint is secured to the ceiling, and a rod is bolted inside the wall with the help of a ball that fits in the joint. The lower end of the rod is where the motor is fitted.

The J-hook is a mounting system that is steadier and more useful in windy regions than the ball joint. The T-hook variation is also used in settings where more stability is required.

The flat wings of the fans that move to create airflow are called blades. More blades in fan do not equate with higher airflow.

The blade arm is a fastener at the center part that connects the blades to the motor.

The blade pitch is the angle at which the blades are attached to the blade arm. A slight tilt in the blades makes the fan achieve a higher speed. Most fans’ blade pitch lies between 12 and 22 degrees.

The blade span is the complete diameter of the fan measured from the end of one blade to the end of the blade placed opposite to it.

The capacitor is used to store an electric charge, which helps you control the fan’s speed.

This is the false ceiling or the angled/sloped ceiling. The ceiling rake needs to be appropriately measured as not all fans are compatible with the raked ceiling.

This term is used for fans that are much closer to the ceiling. These particular fans are suitable for low ceiling heights.

With hugger fans, the motor is mounted directly onto the ceiling. The motor used in the hugger fan is usually cylindrical, suited for low ceiling height rooms.

The IP (ingress protection) rating is a standard protection rating for waterproof and dustproof electrical motor enclosures. It is a two-digit number

that tells you how environment-proof the fan is.

This one is just for fans with remote control. Remote control with a radio frequency won’t need to be pointed towards the fan to operate it, making it more convenient and versatile.

Reversible fans are appropriate to use both in summers and winters. In summers, they will push cool air down to provide a cool breeze, whereas, in winters, the warm air will be pushed down to give a warm breeze.

A yoke is what connects the down end of the rod to the ceiling fan.

That’s all for now! Did we leave anything out? Let us know what you learned in the comments below.