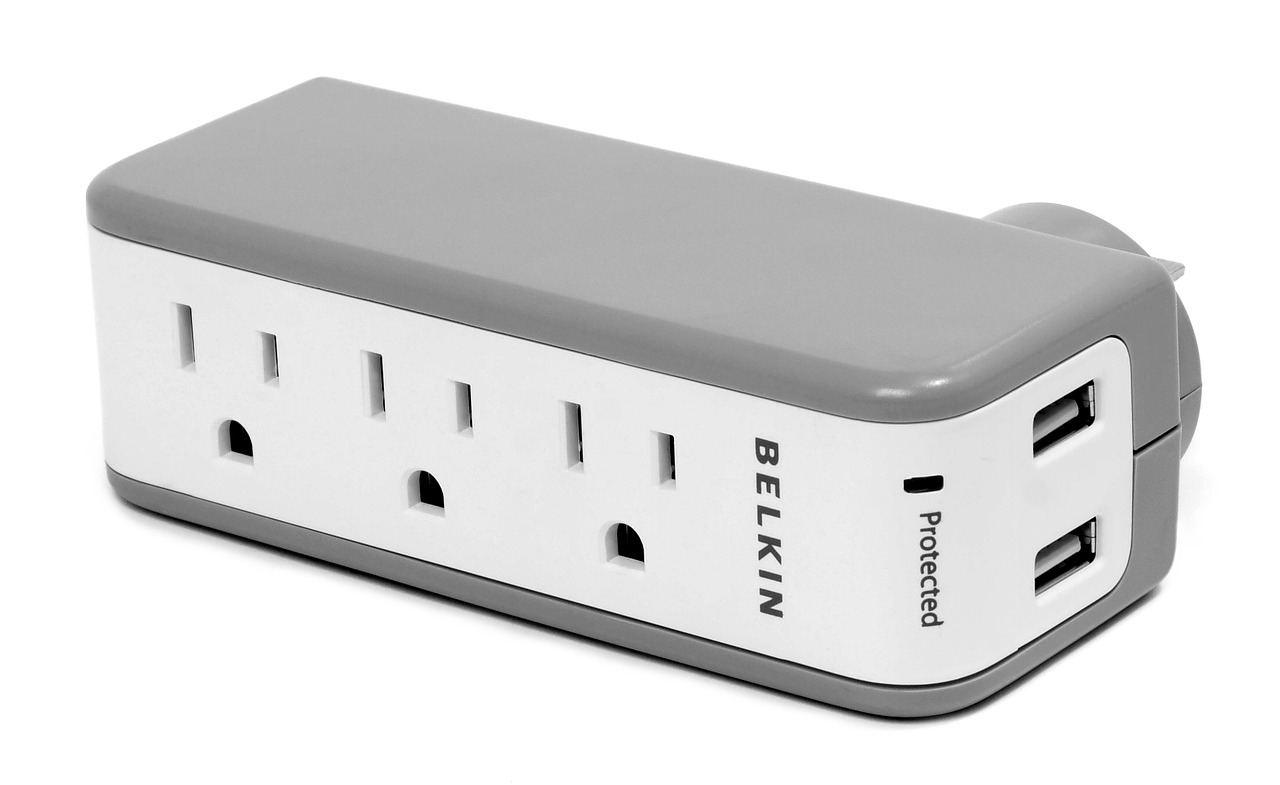 Surge protectors—most people own at least one, but few know why they’re so important. Many confuse surge protectors with power strips, and while they share functionality, this can be a costly mistake. Surge protectors, or surge suppressors, protect your electronics against damage caused by power surges. Power strips offer no such protection.

Surge protectors also help organize your power cords, just like a power strip. They’re great for managing cord clutter, and we recommend keeping them throughout the home. 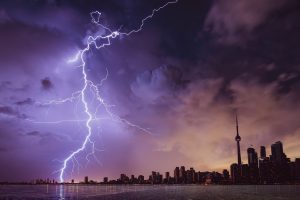 One bad storm could destroy your electronics without surge protection.

Power surges are caused by electricity spikes from lightning strikes, power grid malfunctions, home electrical issues, and power outages. When the electricity spikes, it sends a surge through the lines that can damage electronics beyond repair if they’re unprotected. But the risk doesn’t end there because power surges can also cause house fires, which are much more dangerous and costly.

How Surge Protectors Keep You Safe

Use a surge protector to keep your expensive and essential electronics safe. Anything that you’d be upset about losing, even if it isn’t costly, should be protected too.

As we mentioned above, power strips and wall outlets do not defend your devices against power surges. Surge protectors do. They will detect excess voltage and divert it away from your electronics and into a grounding wire. This stops the risk of housefires, fried electronics, ruined cords, and more.

Below, you’ll find some essential electronics to protect:

You’ll find affordable surge protectors at most electronics stores. And you’ll often discover a wide range of products to choose from. But how do you pick?

If you don’t know what you’re looking for, you could buy a surge protector that still lets your devices get fried. Below, we’ll cover ratings, lights, and more to look for so that you can rest easy.

More joules equals better protection for longer. For example, 2,000 joules can withstand one 2,000-joule hit, two 1,200-joule hits, or twenty 100-joule hits. After it has absorbed 2,000 joules, it’ll need to be replaced for continued protection.

Look for surge protectors with diagnostic LED indicators. These lights will give you information about power availability and protection status, and without them, it’s a guessing game. The protection status light is the most important because it tells you when the circuitry has reached its maximum joule capacity. Without this light, you can’t know if your protector has any joules left.

Those who have surge protectors without protection status lights should replace them every two years to safeguard your home and devices.

If you really want to be sure your devices are protected, grab a surge protector with insurance for the connected electronics. The insurance will cover damages up to an amount specified by the manufacturer. They can range from a few thousand dollars of protection to $100,000+. If a surge protector with insurance doesn’t protect your devices, the policy covers replacement costs up to the set price.

With today’s high-tech electronics and steep prices, surge protectors are essential. Most households have thousands of dollars worth of electronics plugged in, so don’t risk losing it all in seconds because you forgot to buy a surge protector.